Preparing Windows for Adobe Flash End of Life on December 31, 2020 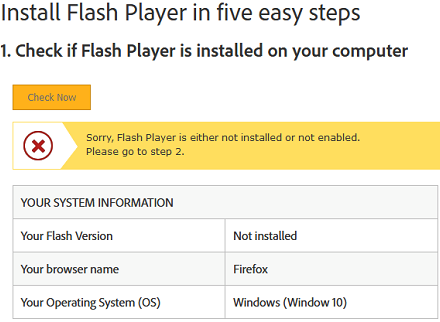 The 31st. In December 2020 Adobe will finally end the support of Flash Player. At this point Flash has reached the end of its lifecycle (EOL), no new versions or updates will be released. In this article we explain what a Windows administrator needs to know about the end of Flash Player support.

In 2017 Adobe started advising all developers on the migration of their existing Flash projects to the open formats HTML5, WebGL and WebAssembly. The transition period ends later this year and Adobe will close the Flash Player download site on its website on December 31st.

To check if you have Flash Player installed on your computer/browser, go to the test page at https://helpx.adobe.com/flash-player.html.

By the end of 2020 Microsoft will block Flash in Edge and IE for all versions of Windows. The developers of Firefox and Chrome have also disabled support for Flash Player in the latest versions.

The update KB4577586 (Update to remove Adobe Flash Player) is currently only available for manual download from the Microsoft update catalog. 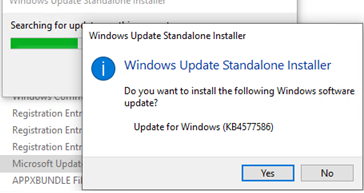 If you try to remove the Adobe Flash Player removal update that disables Flash support in Windows 10, you will get an error:

Windows Update Standalone Installer
The update for uninstalling Adobe Flash Player is required on your computer and cannot be uninstalled.

Uninstall Adobe Flash Player on an older version of Windows

To uninstall Flash Player in older versions of Windows (Windows 7/XP and Windows Server 2008R2/ 2003) where Flash is not embedded in the image of the operating system, you will need to use a special uninstaller from Adobe. You can download it here https://fpdownload.macromedia.com/get/flashplayer/current/support/uninstall_flash_player.exe.

Close browsers and other applications that can use Flash and run the downloaded uninstall_flash_player.exe file.

You can uninstall Flash using the uninstall_flash_player utility in the background:

or to remove a specific Flash extension (ActiveX, NPAPI, PPAPI):

All remaining flash files in the following folders still need to be deleted manually:

The update KB4577586 is currently optional in Windows Update and WSUS. Microsoft is likely to recommend it or even make it mandatory in early 2021.

We would like to remind you once again that update KB4577586 cannot be uninstalled after installation.

Update KB4577586 can be imported manually into WSUS

If you receive the error message when importing the update, you must enable support for TLS 1.2 encryption for version 4 of the .Net Framework on the WSUS server. To do this, create a DWORD parameter (32-bit) named SchUseStrongCrypto with a value of 1 under the registration key HKEY_LOCAL_MACHINESOFTWAREMicrosoft.NETFrameworkv4.0.30319. To apply the new settings, you will need to restart your computer.

After importing the update into WSUS, you can share it to install it on a target group of computers/servers (target groups can be created manually in the WSUS console or configured via a GPO).

Android DatePicker change to only Month and Year –

Warzone Guide: Tips and Tricks to Help You Win the War