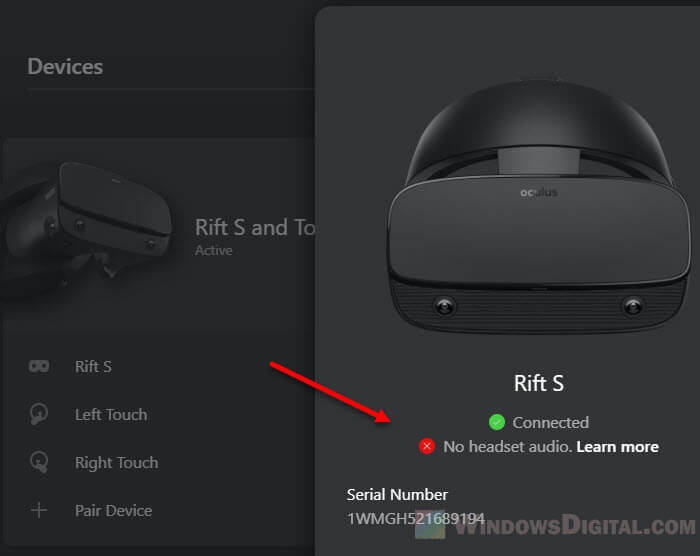 When you try to use the Oculus Rift S or any other Oculus VR headset on a Windows 10 PC, you get an error message in the Oculus app or Windows notification that reads: No audio in the headset or your headset has no audio, here are some workarounds you can try to solve the issue with no audio.

How to fix the Oculus Rift S without headphones

Since the causes of sound problems with VR headsets can vary widely, there is no guarantee that any of the following solutions will solve your problem. The solutions listed are just workarounds suggested by users who have encountered a similar problem and were able to resolve it. You can try each of these solutions until you solve the problem of no sound in your Oculus headset. If the problem cannot be resolved, please contact Oculus Support for assistance.

Try disconnecting and charging the Oculus Rift S USB while the Oculus app is open in Windows 10.

The key is to first open the Oculus app and then reboot the Oculus Rift S USB. This may sound strange, but it solves the problem of no sound from the headset for most users who have experienced the same problem.

Solution 2: Make sure the Oculus Rift S device is turned on. 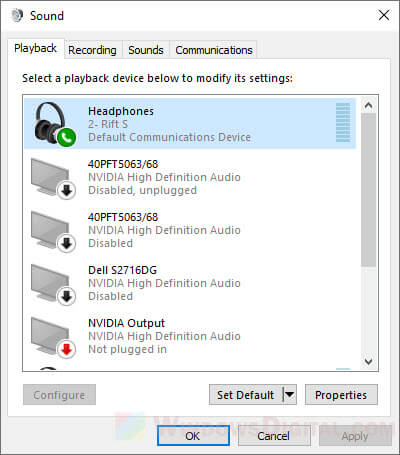 To check if Oculus headset audio is enabled, search for Sound in the Windows 10 search bar and open Sound Settings. Under Related Settings, click the Sound Control Panel link. 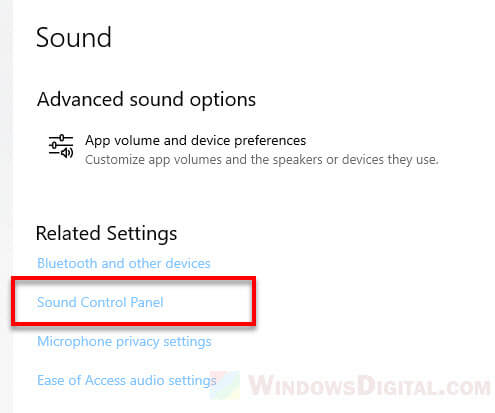 In the Sound Control Panel, click the Playback tab. Find the device named Headphones – Rift S and make sure it is on. If not, right-click and select Enable. 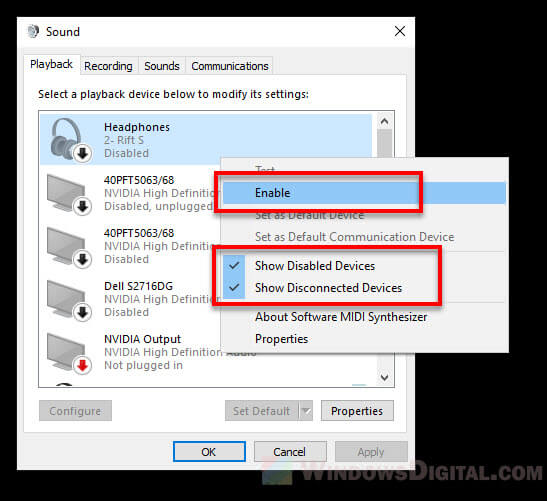 If the unit is already on, try turning it off and on again to see if this fixes the problem of no sound.

Solution 3: Change to another USB port

Try resetting the Oculus Rift S USB to a different USB port. If you have multiple USB 3.0 ports, try them all until you find the one that solves the problem.

Not all PC USB ports work with the same driver. Some USB 3.0 controllers have their own drivers. Therefore, not all USB ports work the same way. Some support your device, some do not. There are also cases where multiple devices are connected to the same USB controller, leading to conflicts and problems. If you try a different USB port for the Oculus Rift S, there are no issues with the sound in the headset.

Try reconfiguring your device in the Oculus app to reconfigure your Oculus Rift S and see if that fixes the headset sound issue.

To do this, first unplug the USB connector from the device and from the monitor. Next, in the Oculus app, go to Devices in the left pane, click on the device, and select Set Device. Follow the on-screen instructions to copy the Rift S USB connector and screen connector to your PC and the rest to fully configure the device. 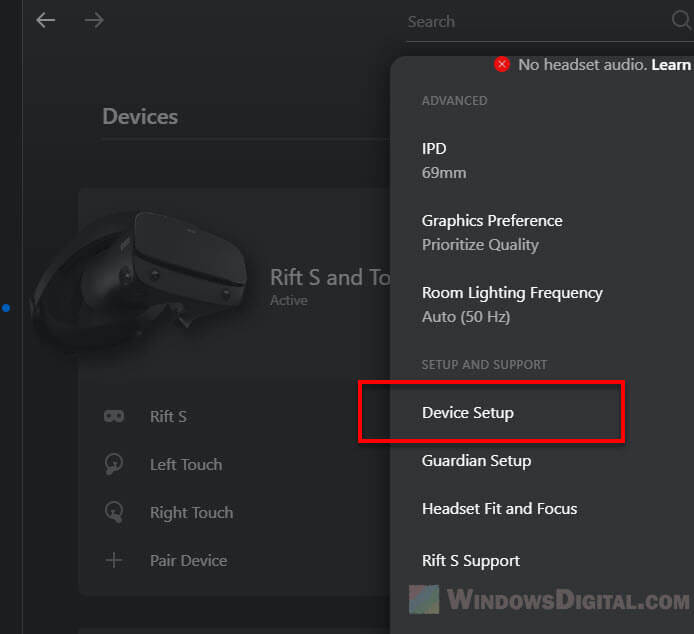 Solution 5: Select an Oculus headset as the active audio device

When the Oculus Rift S is connected and the Oculus app is active, click the sound icon in the notification area of the Windows 10 taskbar. 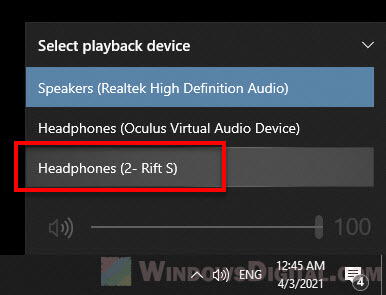 Then tap the currently active playback device and select Headphones (2 – Rift S) as the active device. Now try to turn on the Oculus Rift S device and see if the sound problem is not fixed.

Description to share: Does the Oculus Rift S display no sound in the Oculus app or no sound at all on a Windows 10 PC? Here’s how to fix it.

Why is my microphone not working?

Check your privacy settings and make sure microphone access is enabled. Hello! If this happens in applications and windows, it would be a good idea to reset the cables on the headset side and the computer. If you can try another USB port, that would also be a good idea.

How do I use my headphones with the Oculus Rift?

How do I change the audio output on Oculus?

Connect the headset you want to use, then open the Oculus application on your computer. Select Devices from the menu on the left, then tap Rift. Under the VR audio output, click on Rift Headphones and select UseWindows Settings.

How to fix Audacity: ‘Internal PortAudio error’ in Windows 10

How To Fix pps Closing By Themselves (Automatically)

How to use the Python range() function?