What to Bet On in the CHL Summer flew by, and now hockey fans can bet and enjoy the game of the second strongest league in the world. Teams have played only a few games, but already there are certain patterns. Teams show a fairly predictable game, and it should be used. This article will talk about which teams to watch and what kind of patterns in their game is already observed.

To begin with, it’s worth naming the teams that are likely to score quite a bit for the season. First on the list is Siberia. The team’s head coach is Andrei Martemyanov, who instills in his players a very conservative style of play that focuses on defense. You could tell that from his work with Amur Khabarovsk. As for Siberia, there’s a good group of real professionals there. They’ve been doing what the coach wants them to do, and they’ve been doing it well.

A similar situation is indicated by the best cricket betting sites in India. The situation in this discipline in India is as similar as possible in terms of the intensity of confrontation and the strength of the teams.

Already at the beginning of the preseason series, the Siberian players showed excellent play on defense. For nine games in preparation for the new season, Novosibirsk team players missed only three times more than two pucks per game. This was in games against SKA, Sochi, and Minsk. Minsk is a fairly productive team, so this is fairly predictable. For the match against Sochi, we can say that it was just not their day.

In official matches, the Novosibirsk club paid even more attention to playing defense. In the first game of the regular season, Siberia played against Sochi. The teams shot at each other’s goal 60 times, which is quite a lot, but most of them were not dangerous. The thing is that Siberia forces their opponents to get higher to the blue line during the attack, where they play tightly with everyone. This forces their opponents to either pounce on the goal from beyond the line or looks for another attacking sequence that leads to turnovers. Defensively Novosibirsk is really good.

Beyond that, Siberia will likely be one of the best teams in the league at neutralizing most opponents. The defensive players play sector-by-sector very strictly and move well. The minority against Sochi was exemplary. Again, all of the Leopards’ power play shots were from the blue line or from behind the throw-in circles. Everything else is blocked and intercepted.

So far, Siberia has played three games in which they have only allowed two pucks. Yes, they played against not the most prolific teams, but the stats are top-notch either way. In the preseason, the Novosibirsk team met with quite scoring Avangard and Nizhny Novgorod and also missed very little.

It’s impossible to show such a great game on defense and score so many goals at the same time. To scoreless, our forwards must help our defensive players. Consequently, you can’t run offensively without looking back at the defense. One attacker should always be ready to go back and help the defender. This leads to accurate play in the offensive zone and not much in the way of scoring. That’s exactly what the results show. In addition to the low number of missed pucks, Siberia also doesn’t score as much as they would like.

The containment of their forces on offense is demonstrated by the game against Kun Lun. Siberia shot 31 times and had an overall game advantage. The Chinese shot back only 17 times. That’s a huge advantage, which should be realized, but the team’s conservative play resulted in only one puck being scored in regulation time. So, what to bet on in games involving Siberia? Where the Novosibirsk team will be the favorite, you can take the total less. Their style of play simply won’t allow them to defeat their opponent with a big score. Of course, there will be exceptions. In hockey, there are very unexpected outcomes, but for the most part, it will be a small number of goals scored.

As for games with underdog status, you have to look at your opponents. Severstal or Torpedo is not suitable. Because the style of play of these teams is based on the attack, they can afford to take risks and liven up the game. Any strategy has to be analyzed, and when analyzing, it’s worth remembering that Siberia pays a lot of attention to playing defense and does a good job of it.

There are questions when analyzing matches. Let’s say a very attacking team like Minsk is playing right now, and their opponents are Siberia, which we wrote about above. Which of them will impose their game, and will the conditional Minsk team impose it at all?

If it’s the current Spartak team instead of Minsk, the answer is no. The Muscovites have proven themselves early in the season as a team that can easily take on their opponent. If Siberia plays carefully on offense and focuses more on defense, the Red and White would be happy to embrace that style of play and not try to open up the defense at all costs.

Muscovites’ stats confirm this. During the preseason, Spartak played very efficiently. That’s understandable. It’s the beginning of the season, and not everyone is up to speed. We can take, for example, the games against Amur Khabarovsk. In the preseason, the Muscovites lost twice against them with the same score of 3-4. All of Spartak’s other preseason games have always ended in blowout losses. The closer to the season, however, the less productive the team became. In their last game, Spartak beat Amur 2-0, but a few days later, they were up 3-2 in their last official game.

This shows that the Moscow team doesn’t impose its own game. While the games were unofficial and the teams weren’t too concerned about defense, the Red and White finished games with a big score. Once the game became more accurate, with the start of official matches, Spartak stopped scoring and conceding a lot. Therefore, in meetings against teams with good defense, you can safely bet on a draw total because Spartak will not run to score and will adjust to the opponent’s game. In events against scoring teams, the Muscovites will be happy to enter the goal shootout.

This club is one of the major discoveries in the preseason and at the beginning of the official part of the KHL season. The Cherepovets team very often acts as an underdog but shows a very interesting game. The team makes up for its lack of skill with dedication and does so very successfully. Cherepovets very often passes the threshold of 3 goals scored per game, which is quite a lot in the KHL. In the preseason, the team played with mixed success in terms of wins but was consistently productive.

When the regular series began, Severstal continued to let their opponents play and score, keeping pace with them in terms of performance. In games against Traktor and Magnitogorsk, the Cherepovets team was the underdog at odds of 4 in regulation time. In both games, the Cherepovets team won, and in the case of Metallurg, they even came back from 0-3 down.

In the events involving this team, you should always keep in mind that Severstal can beat any team. Also, the majority of their games end with the top total. It doesn’t matter who plays against Severstal. Razin’s charges can score against any team and do it more than once.

This is another very productive team in terms of the overall total. At the beginning of the season, Torpedo had problems playing defense. Nizhny Novgorod is trying to make up for it by scoring goals, which translates into an over-the-top total. Even during the preseason, Torpedo players lost both 2-7 and 2-5. The totals came through very confidently. Since the start of the season, not much has changed. The Torpedo players can still allow five pucks per game, but they can also score just as many.

A vivid example is a match with Magnitogorsk. Nizhny Novgorod led 3-1 but then began to forfeit and disrupt their play discipline. The team still hadn’t shown much promise as penalty killers. After that, swings began, and the initiative changed hands. As a result, the main time of the match ended in a very productive draw of 4:4. We should bet on the overhead total in games involving Torpedo and avoid betting on the outcome. The team’s unpredictable play can lead to any result.

There is a very good trend in the KHL. Finally, the game of the teams is starting to change towards more results. There are still teams like Siberia, of course, but there are a lot more productive matchups. Hopefully, that will continue and the league will get closer to the NHL in that regard. Who needs goalless hockey? 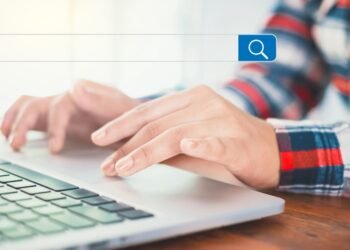 What Is Customs Clearance